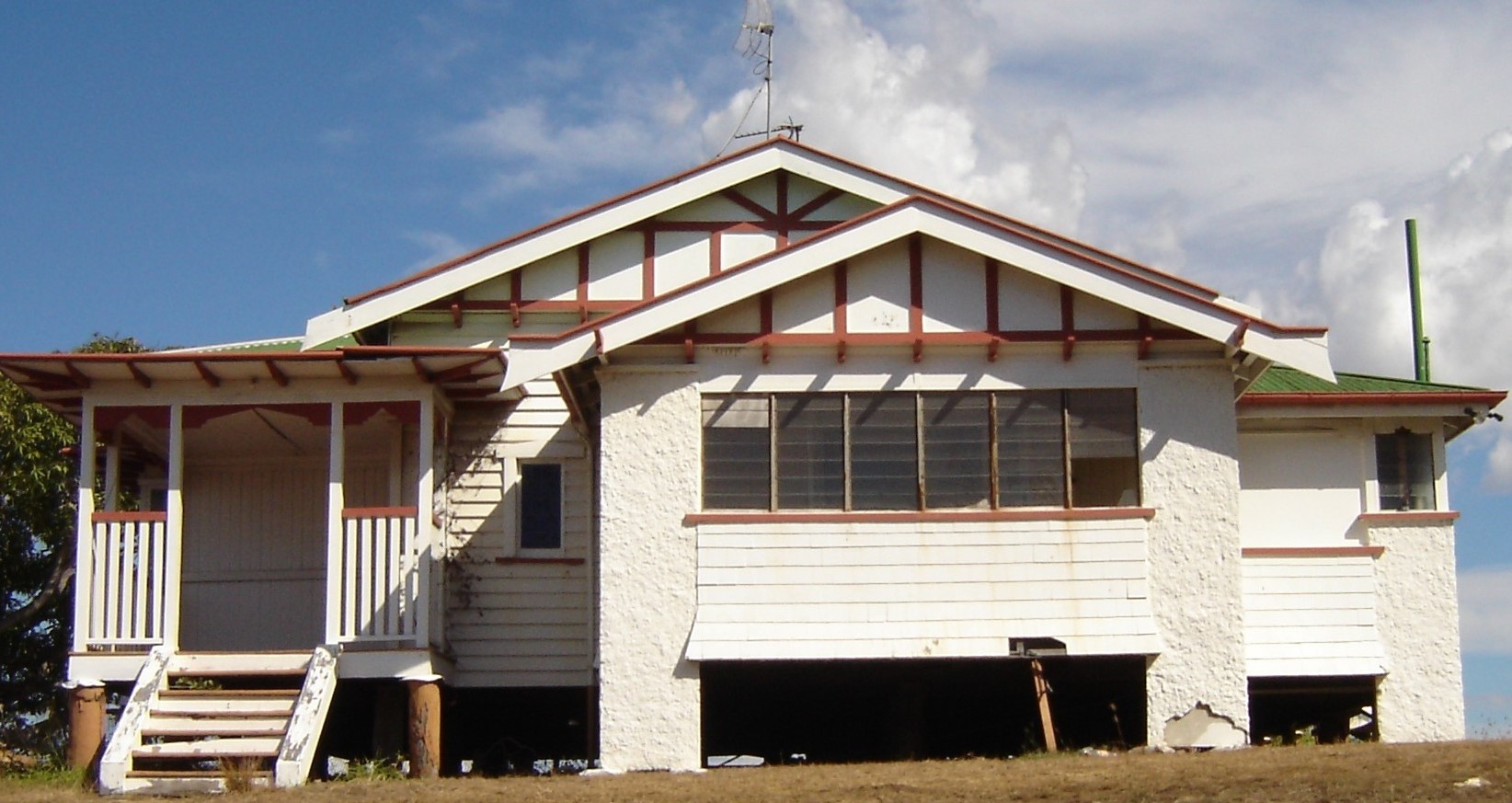 This is a photo of Charlie Chapman’s empty house just before it was moved in c2000. Charles Chapman selected acreage that was part of the Diglum Out-station of Barmundoo and he named it Rowanlea. Charles married Edith (Sophia) Bates of Miriam Vale and they originally had a dairy farm at House Creek south of this township. Charles also worked on the railway for extra income so when a selection block became available towards Kroombit Tops, Charles saw this the chance to expand. Charles had some of his brothers and their sons take up selection blocks, with the offer that he would buy their land from them. Charles and Sophia rode on horseback from Miriam Vale to their newly selected property, carrying their two young children in front of their saddles. Sophia named the property Rowanlea after the Rowan trees, which fascinated her. The couple had two children, with the eldest Edith Miriam (for Miriam Vale), but she was to be called Myra and a younger son they named Alan Charles. After a time, Charles bought all the land he could, extending his area considerably and swapped blocks with Walter Ferris of Hereford Hills, to keep his acreage together. Charles had built a home for them on the property and was on the Calliope Shire Council at one time. They moved into Gladstone in the mid-1930s, when their son, Alan took over the property. Charles and Sophia had a large house on the hill behind the Civic Picture Theatre and he also owned the block of land beside the theatre. This gave him access to his home in Central Lane from the Goondoon Street side. Charles was a keen fisherman, having one of the earlier motor boats in Gladstone, but would obtain the services of Don Schneider to operate it for him. When Charles died, he left the boat to Don. Charles wouldn’t sell the front block beside the theatre because he didn’t want to be built out. He had harbour views from his verandah where he enjoyed watching the fishermen out on the water, reasoning that if the spare block were built on, it would block his view. While in town he still led an active life, being President of the Show Society and the Hockey Association in 1936. Charles died in 1955 at seventy-eight years of age and was cremated in Rockhampton.