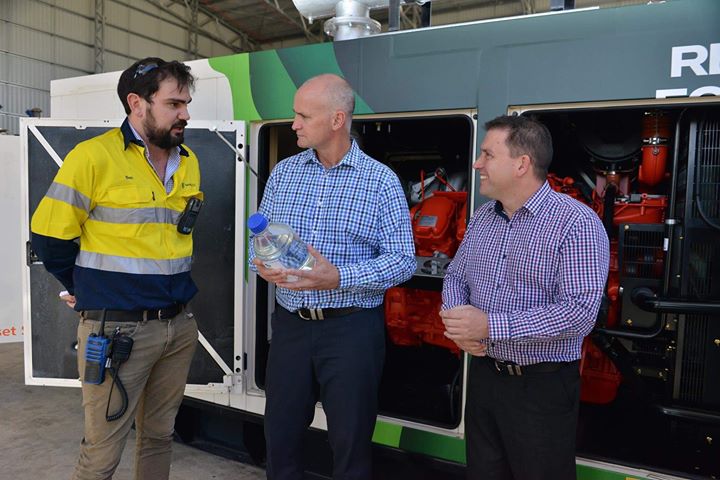 Posted at 09:00h in Industry by News 0 Comments

Welcomed by Member for Gladstone, Glenn Butcher, Gladstone Regional Council Mayor, Matt Burnett and Southern Oil Refinery staff the engine’s arrival marked a milestone for the project. Gladstone Region Mayor Matt Burnett said this system would be used to prove the compatibility of renewable diesel with fossil diesel engines. “The Gladstone Region has proved the time, and time again we are committed to developing and innovating within the energy sectors,” Cr Burnett said. “As the move into a commercial renewable diesel system becomes a reality, it again highlights the region’s strategic advantages to provide the space for further advancements within the industry.”

The Northern Oil Advanced Biofuels Pilot Plant uses biomass and waste material such as sugarcane bagasse and prickly acacia as feedstock to produce biocrude oil, which is then refined into saleable kerosene and diesel products.

Member for Gladstone, Glenn Butcher explained that Southern Oil is pioneering the refining of renewable diesel fuel. “It’s great to see that diesel now being put to the test in the high-end Scania V8 engine,” Mr Butcher explained. “Testing exhaust emissions, performance and response, fuel efficiency, cost and engine life is an important step is demonstrating how commercially viable this renewable fuel is,” he added.