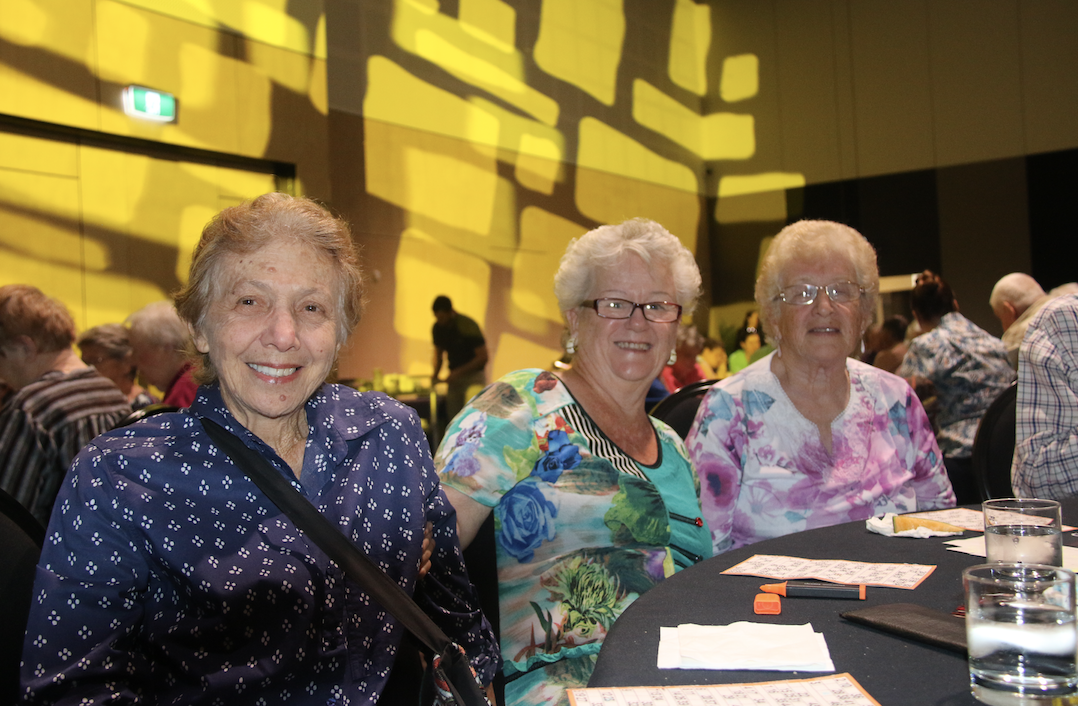 Posted at 09:57h in More Articles by sales@gladstonenews.com.au 0 Comments 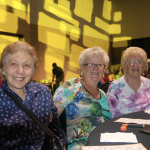 Noela Anderson found out what it was like to be caught in the middle of a Gladstone media scrum yesterday when she was the first to call bingo at the Mayor’s morning tea.

This reporter arrived almost an hour late at the very well-attended do, which capped off a range of activities for Seniors Week supported by our own Gladstone Regional Council, and the atmosphere was thick with tension.

Advertised as “Boogie Bingo” with the traditional “two fat ladies, 88” bingo-calls coupled with musical breaks reflecting the numbers – Love Potion Number Nine, Route 66 – you get the picture – there was precious little dancing going on in the Entertainment Centre Ballroom as close to 200 well-coiffed and mostly silver heads concentrated on the calls, bowed laboriously over their bingo cards.

I snapped a few social pictures but I felt terrible sneaking over to the tables, possibly ruining a ‘house’ as I interrupt unfailingly polite senior citizens as they whisper the correct spelling of their names. I know better than to interfere with a bingo game in its climactic stages.

The Observer was there. Their photographer advised me to grab some of the lavish morning tea while the seniors were otherwise occupied. It would disappear in a flash, he warned me.

Now, my mother fervently resents the term “senior” but despite being a rather thin woman, she can demolish a morning tea quick as look at you, sometimes popping the extra treats she can’t manage into her handbag. Once when I was at uni she brought a whole carpet-bag steak home from Scaramouche in a Glomesh clutch, so I knew that as ever, our local daily had the important inside story.

While I was snagging a mini-quiche, to my horror the call went up: “BINGO!” Several of the council’s community relations staff, venue hosts from the Gladstone Entertainment and Convention Centre, aforementioned photographer and videographers from both local news channels trotted over to the winner, Noela (running is unseemly).

I brought up the rear, mini-quiche crumbs trailing behind me, managing to capture Noela with her eyes closed. My apologies.

I wager the morning tea was as good as it looked, because after all the hubbub when the prize for the first card had finally been checked and claimed – netting Noela a $200 gift voucher –  the beautiful looking platters of gourmet sandwiches and tortes had disappeared like snow in the sunshine and everyone was having a glorious time. It was a terrific end to a fun and informative week, celebrating our community’s fantastic elder statesmen and women.