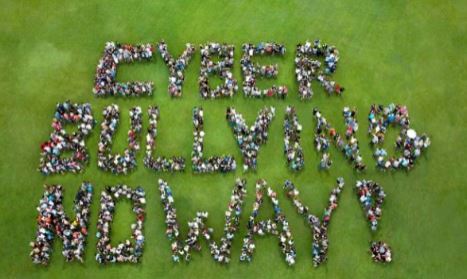 Tomorrow to mark the National Day of Action on Bullying, Tannum Sands High School will be encouraging students to bring their mobile devices to school to send messages to one another during assembly.

TSHS Staff member Carol Shuttleworth explains: “Our action on the day is called “Next Text” and it’s all about cyber-bullying and encouraging our students to stop and think: Will the next message I send hurt someone or help them?”

Normally discouraged from using their smartphones at school, Tannum students will be asked instead to send a helpful text – a message that shows empathy, that will build up a fellow student, teacher or staff member, rather than cutting them down.

“It’s so easy with technology, we’ve all become very accustomed to shooting off a snappy one-liner but what we’ll ask them to do next week is send a message to one of their peers saying something positive,” Ms. Shuttleworth said.

Roseberry Queensland Youth and Family Support Officer, Tina Bunge, says the key to increasing your resilience to bullying or avoiding it altogether is indeed to be found in building yourself up and building up your networks.

“Being confident is the biggest thing that is going to turn a bully away,” Tina said. “It’s not even about actually being confident, it’s enough to just appear that way.”

She said bullies feed off the response from their intended victim: “if you cry, or get upset, they think “Oh, that worked!”It makes them feel like they are in control.”

“We also encourage young people them to connect with others and build a support group,” she said. “Stick up for one another,” she said. “And never try to do it on your own. Talk to your parents, the school, your brothers and sisters, anyone!”

“Just don’t try to do it on your own; you are never alone in this,” she said.

In the past, victims of school bullies got a little respite when they went home for the day, but with cyber-bullying, the torment doesn’t stop when students leave the classroom. Cyberbullying so extreme it leads to mental health issues, self-harm and suicide is considered such a societal issue, it is the subject of a current Senate enquiry.

Tina says treat trolls like the Hollywood stars do: whatever you do, don’t read the mean Tweets….

“Don’t respond; just ignore it; Block them, if they’ve written something abusive, keep a record and block them after you’ve screenshotted the evidence, but just don’t respond,” she said.

“As hard as it is, don’t read the comments. Because it’s not really about you, it’s about them and their issues,” she said.