ANOTHER HAPPY STORY – TOM THE TURTLE RELEASED ON QUOIN ISLAND 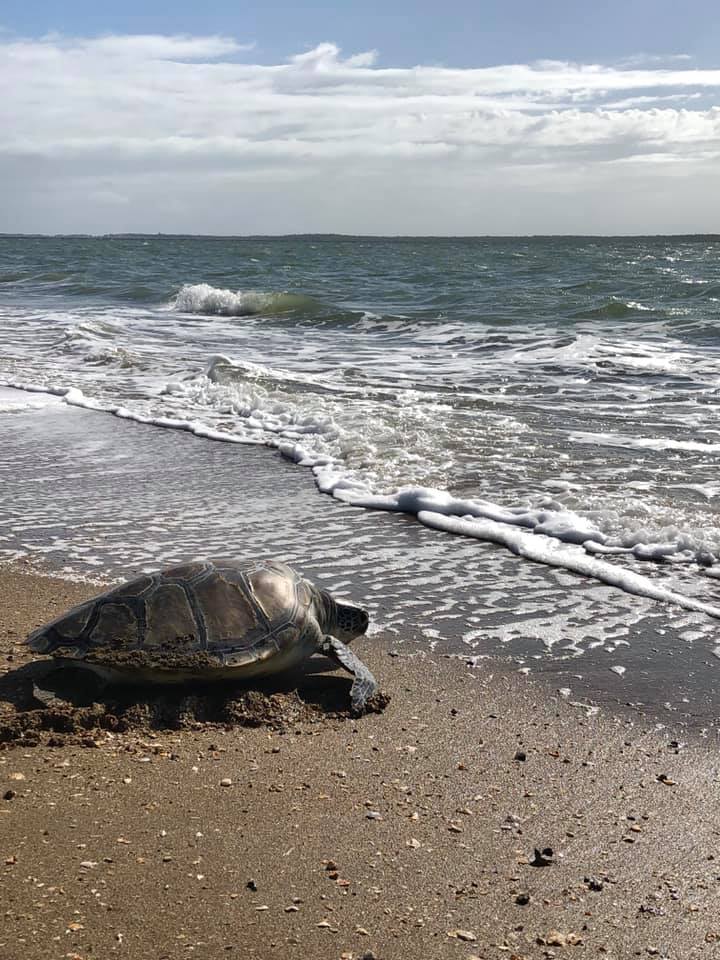 Posted at 09:00h in Environment by News 0 Comments

Tom arrived at Quoin Island Turtle Rehabilitation Centre (QITRC) in May last year with horrible injuries from a boat strike and was missing a back flipper. Bob McCosker, owner of QITRC spoke to Gladstone News about Tom’s journey back to the ocean. “After Tom was named, we discovered that this cute turtle had been sexed by turtle researchers and was actually a female,” Bob said.

Tom was initially collected from Fisherman’s Landing and weighed in at just 8.5kg, upon her release Tom was a much healthier 20.1kg.

“Her injuries were so severe that we weren’t sure that she would pull through. It’s hard to believe that she was the strongest and fastest of all the turtles in the pool before she was released, even with 3 flippers!” Bob continued. “It has been a long road to recovery, and it felt great to let her go back into the big blue.”

Two other turtles, Ziggy and Shelly who had also been rehabilitated at the centre were released back into the ocean from the Emu Park Jetty recently. Ziggy arrived on Quoin Island in September after being collected from Yeppon’s Farnborough Beach. Shelly also came in September and was found at Emu Park. Both turtles were underweight, covered with barnacles and floating on the water’s surface.