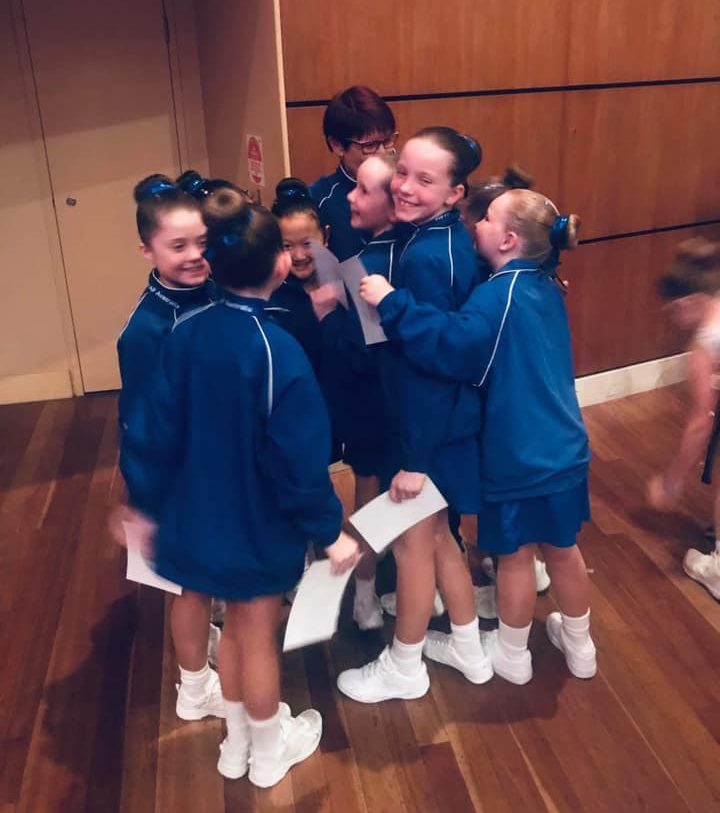 Gladstone West State School students have another reason to boast that West is Best! Since the introduction of the Sports Aerobics program at the school this year, students have been enjoying taking up their new challenge.

West School PE teacher and Aerobics team coach, Margaret-Mary Opstelten, affectionately known as Mrs O, said that Sports Aerobics offers a high-intensity dance and stunt performance in a team environment.  “Sport Aerobics doesn’t require any equipment – so it was very attractive to start up,” Mrs O said. “We also got great support from FISAF (governing body on Australia – Federation of International Sport Aerobics and Fitness) with National development officers visiting the Gladstone region to promote the benefits of the sport. “

Three teams from the school competed at the Queensland Championships in June, the very first competition for the students. Mrs O said as it was their first comp the teams did not expect to place, just compete and learn heaps. However, at the event, all the hard work and training paid off with all three teams qualifying to compete at the upcoming National Championships in August.

Mrs O explained that the Nationals would be held from the 8th to 11th of August with all Gladstone West teams competing on 10 August. “Everyone is a bit overwhelmed that this has all happened so quickly – we never expected to do so well at a State level,” Mrs O said.

“The three Gladstone West teams worked really hard to get where that have – before school training and sometimes missing their playtime to train.  This is a credit to the children and their parents – without their work ethic these results would not have been possible,” Mrs O added. “Along with the prestige of being selected to compete at the National level comes a financial burden, which has been lightened by generous sponsors.  A huge thank you to Bill Robertson Toyota, Willy Ed’s Music Accessories, GPS Realty Group and The Gladstone Regional Council for their financial support to enable these teams to represent the region and state.”

The Gladstone News team wish the students the best of luck when they compete in the National Championships.