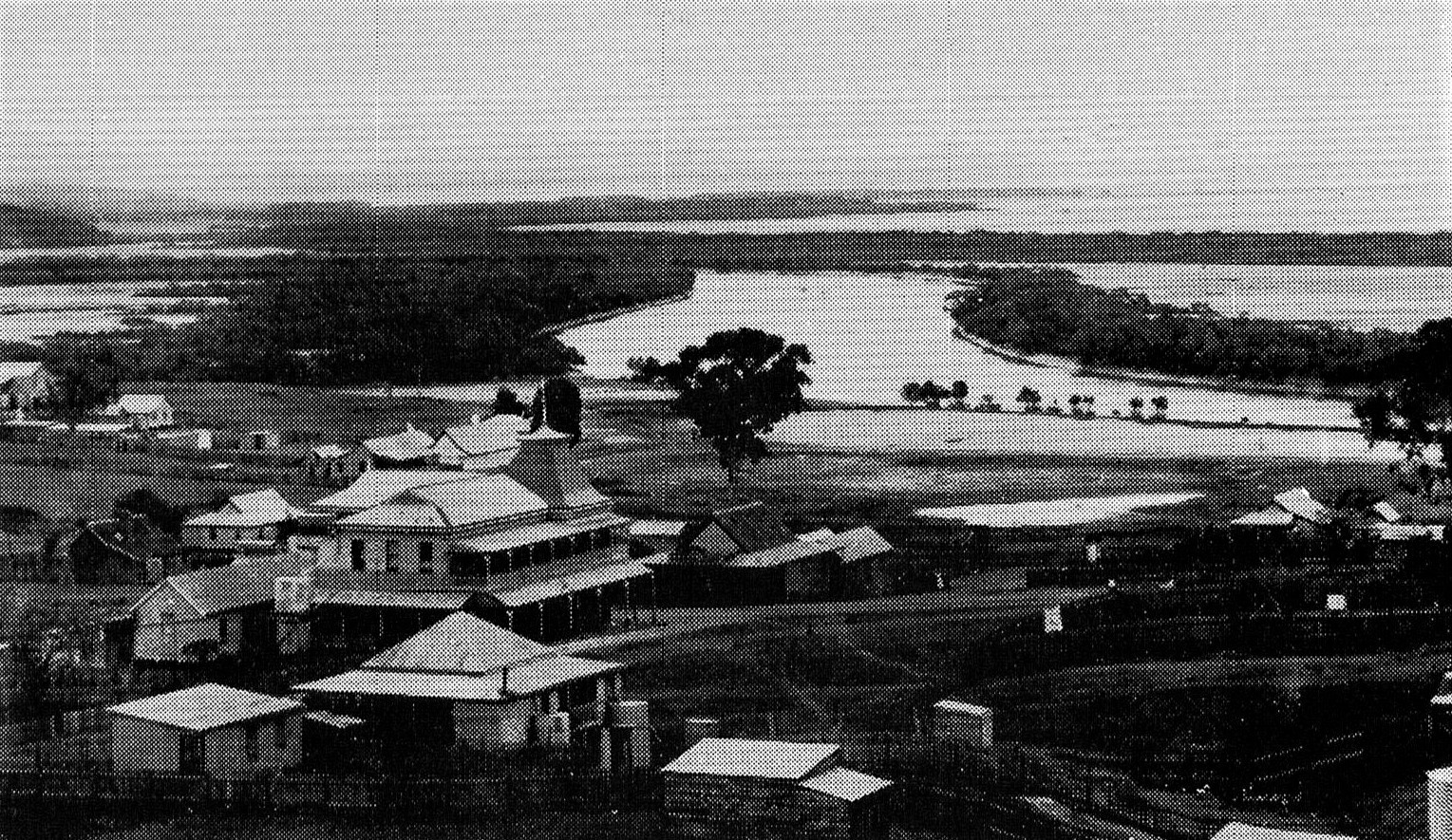 Posted at 15:26h in More Articles by News 0 Comments

Walter and Robert Cowan came to the Gladstone area around 1859 and Walter went into the hotel trade while Robert, his younger brother, was more interested in life on the land.

In 1875, Walter applied for the license of the Commercial Hotel in Gladstone. It appears that Walter held on to this license until his death in 1891.

A new hotel had been built at the corner of Yarroon Street and China Lane (now Central Lane) and was given the name Blue Bell Hotel. A license for the sale of liquor at this hotel was granted in 1875 to Sarah Cowan. This indicates that Walter Cowan was licensee of the Commercial Hotel and that Sarah conducted the running of the Blue Bell Hotel at the same time.

Sarah held onto this hotel until 1892. Walter (Jnr), at 21 years of age, had the license when Sarah died in 1896. In 1898 he added another story to the newer part of his hotel, turning the bottom floor into a coffee lounge with bedrooms above. At the same time as he did these renovations, he had a hall built across the road, naming it the Theatre Royal, which later became the Trocadero Hall.

Walter continued with this license until early 1905 when tragedy struck, the Blue Bell Hotel was  burned to the ground. After the fire, Walter made an application for permission to carry on the license of the Blue Bell Hotel on a temporary basis and opened for trading in a building owned by Herbert Stephen Owbridge, a relative of Walter’s. Walter made a series of applications for different temporary premises until finally in February 1906 the hotel was rebuilt. This hotel later became the Ocean View Hotel and is still trading but has had several more names.

Photo: A view of Auckland Creek with the Bluebell Hotel behind the first house. Taken from the lookout on the Queens Hotel.