STRONG – FROM FIRST COMP TO NATIONALS, AILISH RICE IS A RISING STAR 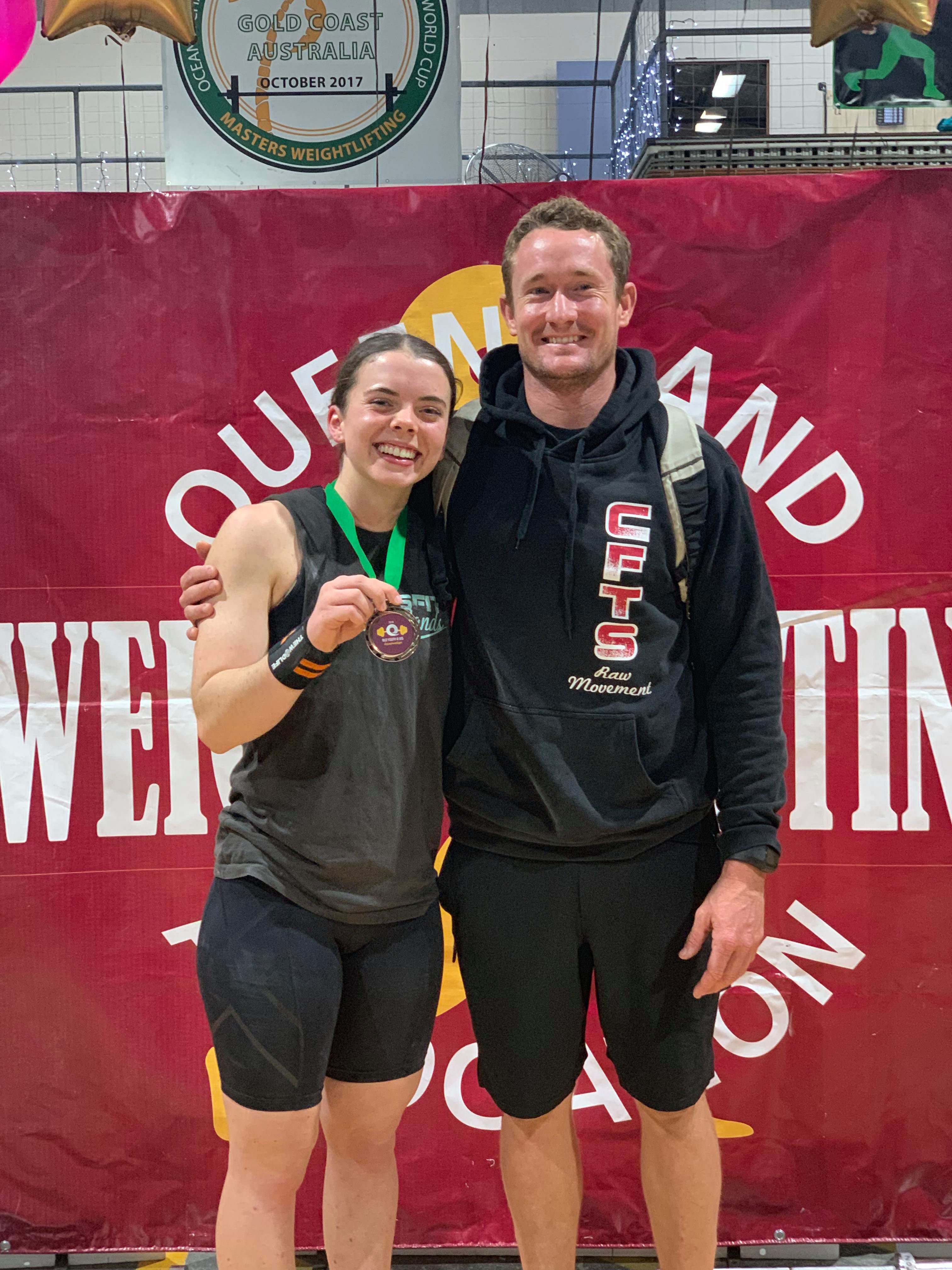 18 Aug STRONG – FROM FIRST COMP TO NATIONALS, AILISH RICE IS A RISING STAR

Ailish Rice hadn’t considered the sport of Weightlifting until a few short months ago. After competing in the Queensland Youth Weightlifting Championships in Brisbane recently, Ailish surprised herself with a third-place podium finish in the Youth Female Under 64 category. At the event, Ailish lifted a PB clean and jerk of 60kg.

This result has secured her a place in the Queensland Team, and she will travel to Brisbane in September to compete in the National Weightlifting Championships.

Speaking with Gladstone News last week Ailish said that she began Weightlifting after she started CrossFit in January this year. Ailish’s talent drew the attention of her coach Reede McHugh, from Raw Movement CrossFit Tannum Sands, and she began training in Weightlifting around four months ago.

Ailishs’ background in gymnastics led her to the sport of CrossFit earlier this year as she was looking for somewhere to direct her energy after years of competitive gymnastics. Ailish’s Coach Reede explained that CrossFit in itself is an excellent platform for a former gymnast and they often excel in bodyweight movements. “That leaves us to develop conditioning and weightlifting, which make up the other two components of CrossFit programming,” Reede added.

While Ailish had always wanted to try CrossFit and knew that Weightlifting would be part of that sport, but she never imagined doing CrossFit and also competing in Weightlifting competitions. Following the beginners, CrossFit Course Ailish was hooked, and she has nothing but praise for the fantastic support she has received from the gym, her coach, and her family and friends.

“We saw her take to the barbell quite well and showed some flair from the beginning with snatch and clean and jerk,” Reede explained. “Ailish’s background in acro gymnastics means she has already been taking things from the ground and putting them over her head, which is essentially Weightlifting. Our recipe for a good weightlifter is a human that is flexible, comfortable and strong. She is already very flexible and pretty strong, so we just had to work on getting her comfortable under the bar.”

“We chose the state champs as her first comp, and she excelled, hitting five from 6 lifts and a qualifying total of 10 kg above what was required for nationals. She has been selected for the Queensland team for nationals next month, and we will make a few tweaks to technique and squat a little bit more,” Reede added.

Inspired by former Gladstone resident and three-time World Crossfit Games Female Champion, Tia Clair Toomey, Ailish encourages other young girls and women to embrace their strength and have courage if they want to try a new sport. “I don’t think that girls should be afraid to try something that might be considered a male-dominated sport, or because they might be called too masculine or be told you’re too strong if you do it. It is so fun, and it isn’t as scary as it seems.”